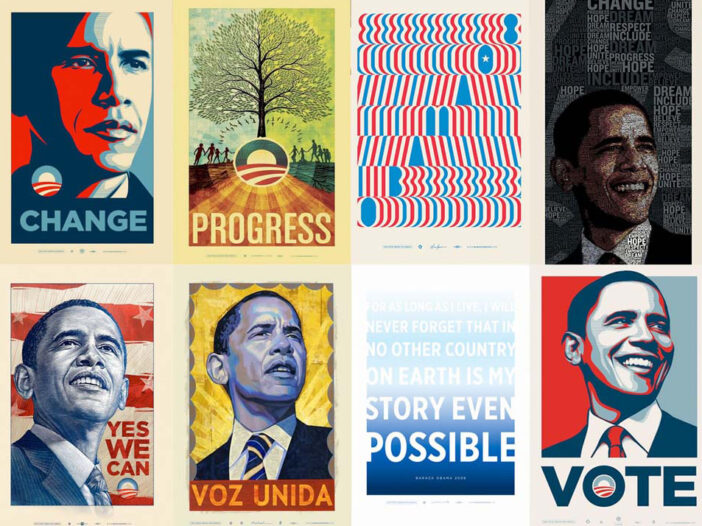 In December of 2006, Barack Obama was a rising star in a crowded field of potential primary candidates but was relatively unknown amongst general election voters. He was only polling at 17% amongst Democratic primary voters.

Nonetheless, excitement was brewing for a new kind of candidate. Obama was young, Harvard educated, and quickly moving up the political ranks from the state senate to the US Senate. But the pundits and big-name financial backers; had all but crowned former First Lady and US Senator, Hillary Clinton the Democratic nominee, making her the presumptive favorite.

In order to win the election, Obama’s campaign would need to run a different style of organizing and excite young voters to turn out at unprecedented levels in the primary. Additionally, Senator Obama needed to convince African American voters that his candidacy was credible and that he was a truly viable option.

That month, Scott Goodstein took a leave from Catalyst Campaigns and moved to Chicago to join Barack Obama’s presidential campaign.

Prior to the Obama campaign, Scott Goodstein had spent several election cycles working on youth-vote mobilization. He built Punkvoter, Rock Against Bush, and some of the nation’s largest anti-Iraq war events. The Obama campaign hired him to create a new type of online political movement using the latest digital platforms.

Goodstein understood that organizing needed to move to cellphones and built Obama Mobile. This groundbreaking new effort consisted of a series of phases, the first of which was creating a unique shortcode, 62262, spelling O-B-A-M-A. This shortcode allowed the Obama campaign to distribute text message alerts to thousands of supporters, keeping them informed of campaign news, announcements, location-specific events, and volunteering opportunities.

The secondary phase of Obama Mobile included specialized content such as ringtones and wallpapers, which allowed users to customize their electronic devices and showcase their support of the campaign. This phase also included interactive voice response (IVR) services that helped supporters to access voting information specific to them. This was the first time that IVR technology was used to promote early voting locations.

Next, Goodstein added photos and videos sharing to Obama Mobile. This phase included everything from first-generation transcoding issue-specific videos of Obama’s speeches to being able to text in a photo from an event or a rally to the campaign’s headquarters.

As mobile devices quickly evolved from flip phones to smartphones during the campaign, Goodstein pushed for utilizing these technological advances in the campaign’s organizing efforts. The final phase of Obama Mobile was building and launching an iPhone Application (mobile app) to assist the campaign with Get Out The Vote (GOTV) calls.

As part of these new organizing projects, Goodstein co-founded Artists for Obama and built out a series of art prints that would be a basis for a new type of online campaign merchandise and store of everything from fine prints to modern t-shirt designs, sweatshirts, and more.

Barack Obama won the campaign with, according to Pew Research, the most diverse support in US history. His political brand remains among the strongest and most recognizable ever.

Social media became a key part of the Obama campaign. Goodstein was honored to build a team of new media organizers to engage in over 200 social media channels and engage with tens of thousands of voters and volunteers. It also generated hundreds of positive news articles about Barack Obama’s innovational organizing efforts that helped advance his overall message, and promote his image as a next generation leader.

Over one million people subscribed to Obama Mobile, with over 500,000 supporters downloading the iPhone application and over 100,000 views of the mobile website. Over 50,000 calls were generated by users of the iPhone application in the last month of the campaign alone. The groundbreaking text message campaign has been used in every major presidential election since to disseminate breaking news to key volunteers. Meanwheile, the technology continues to evolve and be integrated with other pieces of the campaign including fundraising, legal protections, and rapid response voter protection communications.

Artists for Obama worked with over a dozen critically acclaimed artists to raise over two million dollars in donations from social media sales of their commissioned prints. Additionally, the art was used on collateral materials to push early voting in new and unique ways.

Barack Obama made history as the first African American president, but he also changed the way voter communications, fundraising and mobilization would be forever done.  Digital communications had finally graduated from being a novelty that organizations dabbled in to becoming an essential component of every campaign, up and down the ballot.