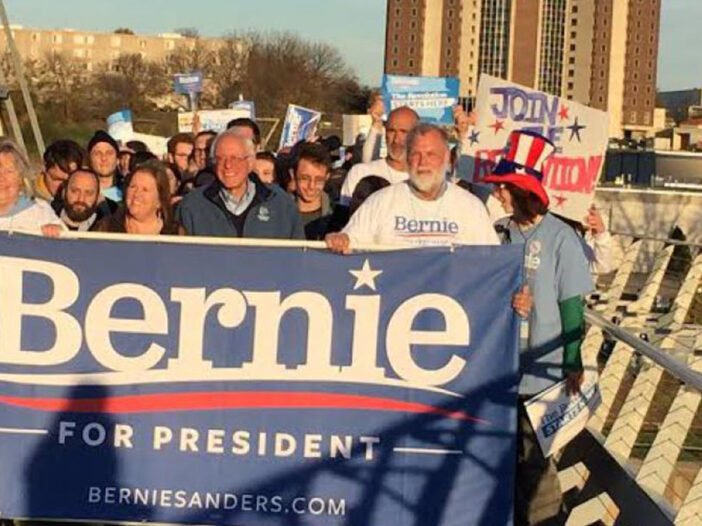 Prior to his 2016 presidential election campaign, Senator Bernie Sanders had little national name recognition and no major lists of supporters. He was polling at 3% and preparing to run against Hillary Clinton, one of the biggest brand names in Democratic politics.

Unlike the other candidates entering the Democratic Primary contest, Sanders’ campaign would not have a traditional high-dollar finance team, an inside the Belway political-action fundraising firm, or any outside Super PAC. He lacked many of the other trappings of a traditional presidential campaign too — no central located campaign office, regional political department, a fulltime communications director, or even a delegate operations team.

However, Bernie Sanders’ strong moral values and consistency on key issues over his thirty-plus year career struck a chord with voters.

If the Bernie campaign was to gain traction, it would need to showcase the Vermont Senator’s sincere convictions and employ tactics that would not undermine his authenticity.

Sanders’s presidential campaign had a chance to make history if he could tell his unique story in the right way and to the right audience.

Scott Goodstein was the lead digital advisor on the Bernie 2016 campaign that shepherded the team through the campaign’s launch, visual identity, initial staffing, and website development in under two weeks.

Goodstein also co-founded Artists for Bernie as a division of the campaign, where artists and musicians could assist the campaign through appearances, collaborations, social media mentions, and more.

Goodstein led his team to achieve innovations in online advertising, groundbreaking fundraising records, and advancements in mobile technology. He further assisted Bernie 2016 by creating and running the only online store that sold 100% union-made-in-America merchandise.

Bernie Sanders engaged and organized more offline to online organizing actions than any other presidential candidate in history. He inspired more people to contribute online, attend rallies and events, and share his messaging than any other candidate in US History.

The Bernie 2016 campaign proved that the Internet has forever changed political communications. Party insiders and political pundits no longer have the backroom power to christen a winner of a primary three years beforehand. With the evolution of technology, a candidate with the right message has the ability to be heard and run for any office in the land.