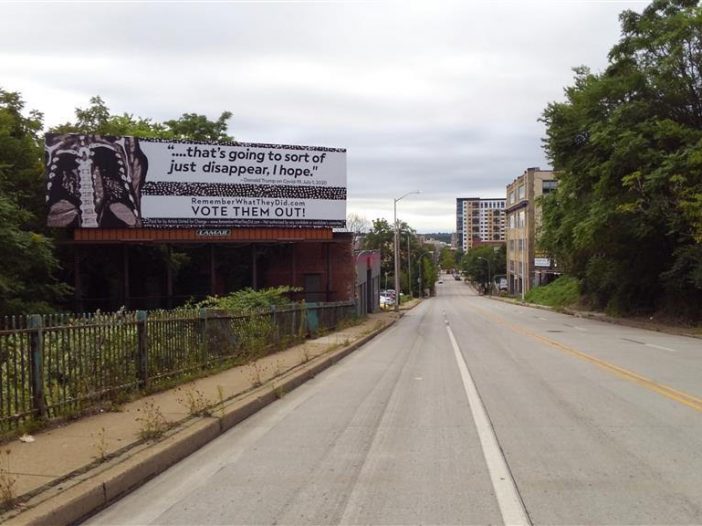 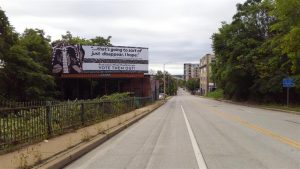 In Lynn Trimble’s article for the Phoenix New Times, artist Shepard Fairy states, “This campaign is to remind people if we don’t vote Trump out of office, there will be another four years of this behavior that we’ve been experiencing.”

In Jamie Briggs’ piece for the Greensboro News & Record, Robin Bell comments “We are connecting what has been said and done with the importance of voting. Our message is simple: Remember what they did and vote them out.”

In Hannah Lynn’s article for the Pittsburgh City Paper, I commented, “I wanted to build an opposition movement and I just didn’t think the Democratic Party or Biden was necessarily connecting with the voices on the streets and the energy that’s happening around police brutality, systemic racism, violence, and [I] wanted to do a visual job of connecting all of the energy and the issues with voters that may or may not have voted in 2016.”

In a piece for the Detroit Metro Times, Jerilyn Jordan highlights our campaign and the work we did with Voices of Michigan and their partners. Jordan highlights the work of artist and “friend of Detroit” Shepard Fairey, writing that he “said his billboard design is a reminder that Trump encouraged police brutality against protesters who were protesting police brutality. ‘This image implies that the police are supposed to be peacekeepers, not warriors, and that Donald Trump is on the wrong side of social justice and the wrong side of history,’ Fairey said of his piece.