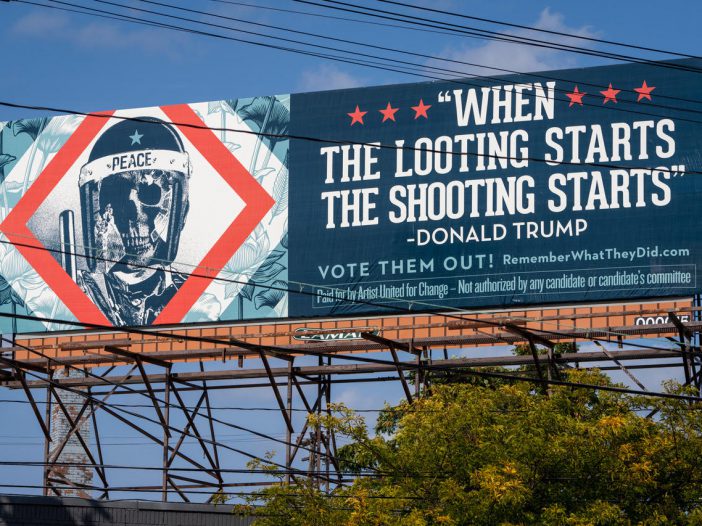 It was an honor to co-found the  RememberWhatTheyDid campaign and I am excited after months of incubating this project, it is finally out and into the world! I co-created this effort with Robin Bell and Artists United For Change (a political action committee).  Our goal is to create fact-based  artwork dedicated to reminding voters what public officials have said and done… and ask folks to pledge to #VoteThemOut. 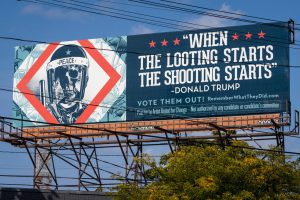 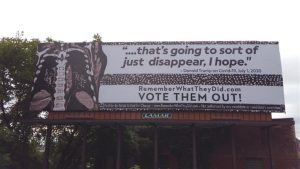 We launched this project for three main reasons.

Billboard Magazine’s Gil Kaufman writes, “‘Remember What They Did’ Campaign Aims to Get Out Youth Vote Using Billboards and Street Team Tactics.”

He continues, “tapped into the long history of punk and hip-hop spreading the word through street art and guerrilla marketing campaigns in an effort to, literally, get word out on the street in four battleground cities: Detroit, Milwaukee, Pittsburgh and Phoenix. To date, 4-6 billboards have gone up in key neighborhoods in each city, accompanied by a poster street art campaign led by local partners.”

You can read the whole article here.